"What's going on with your politics, Calvin? I thought you were all about love and spirituality?!"

I've been called everything from reactionary, to a conspiracy theorist, to racist, bigot, classist, dangerous, and worse.

I guess it comes with the territory.

I used to be a fan of Bill Clinton, Barack Obama, the New York Times, and the Democrat party.

I was shocked and horrified when George Bush beat Al Gore. When George Bush won reelection, I went into a deep depression. The first time, the election was obviously stolen. The second time ... were Americans really so stupid and evil that they'd re-elect the guy?

In Denmark, where I'm from, I always leaned more right than left. But when it came to the US, I was squarely in the Democrat camp. Not because I paid much attention. It was what all my friends were. It seemed to be what all sane people were. "Reality has a liberal bias" was one of the mantras I subscribed to.

I remember at one time a friend telling me he was a Republican. It shocked me. It made me reconsider our friendship.

Then in 2017, things started changing

After Trump got elected, I was one of the ones that joked he wouldn't last 3 months. He was bought and sold for by the Russians. He was bankrolled by Putin. That was obvious.

I signed up for a paid subscription to The Washington Post and WikiTribune.

I watched Seth Myers and Stephen Colbert and Trevor Noah, and laughing right along with them.

Until one day I'd finally had enough.

Enough of them being mean to Eric Trump.

Being mean to someone for no reason whatsoever is not funny. It's just you being a dick.

There was a lot of that.

Enough of them spinning events in ways that obviously wasn't true.

If you have to lie in order to make your joke, then don't make the fucking joke.

So I decided to break out of my media bubble.

I made a conscious effort to listen to some "forbidden" voices.

I started reading books and educating myself. 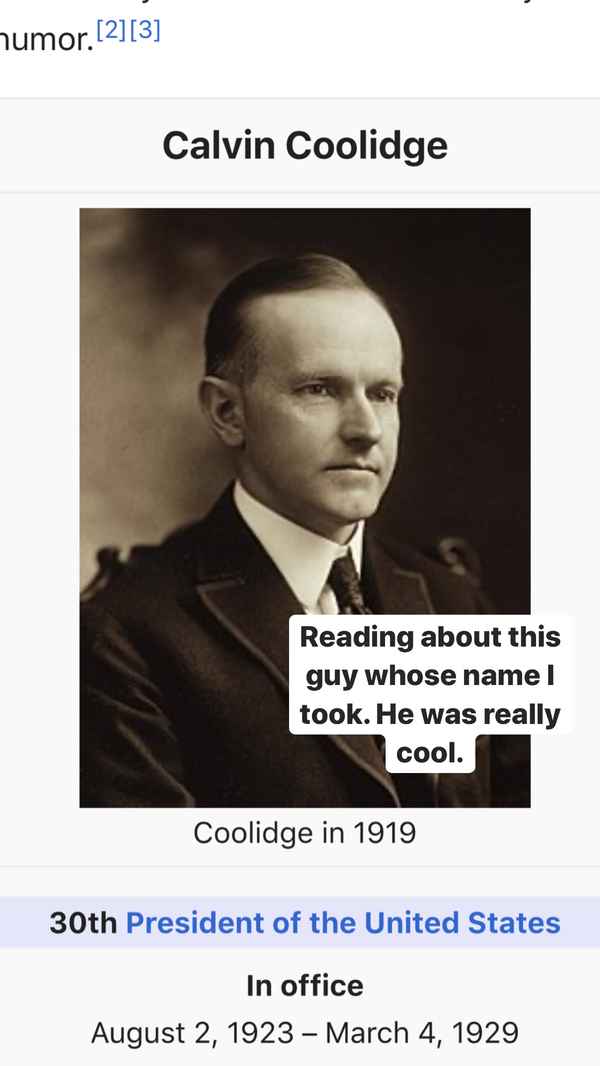 After watching The Daily Show for so long, I "knew" for sure that Fox News were nazis. Rush Limbaugh was a nazi with a cocaine habit. Alex Jones was a child-molesting nazi crackpot. D'uh. We all know this to be true, right?

Even so, I ventured into the lion's nest. I made a conscious choice to listen to voices that I knew I wouldn't agree with. The least I could do was hear them out, right?

It started with a documentary by Dinesh D'Souza, and an interview with Sam Harris by Dave Rubin.

From there, I went on to Scott Adams, Ben Shapiro, Tucker Carlson, Jordan Peterson, and many more.

On and on it went. Interviews. Books. Talks. Twitter. Articles.

And it turned out, my entire view of reality shifted. A bunch of things I thought were true turned out to be very questionable, or outright lies.

I discovered that a lot of policies that sound great and mean well actually have the opposite effect of what was intended. Like the war on poverty. The war on drugs. Housing regulation. Most welfare programs.

I learned that there was a time when the government was just a tiny fraction of the entire economy, and ... gasp! ... people were actually doing quite okay!

Maybe ... hear me out ... maybe we humans are perfectly capable of functioning without the government there to tell us what to do and save our asses?

One of the things I did that was really eye opening was study events and their media coverage in real time much more closely.

If you read closely, most news articles are 98% spin and conjecture and 2% actual facts.

And often those 2% of facts don't even back up the premise of the story.

I kid you not. This is the state of our media coverage today.

So if you're getting your news from the media, you have no idea what's actually going on.

The problem is, of course, no one has time to do this on an on-going basis. Certainly not me.

But thankfully, for about six months during 2017 I did take the time to do this, and it was shocking.

My world turned upside down during those six months.

My understanding of the world of politics and the reality of the policies that we enact shifted.

I read over 50 books on politics cover-to-cover, and read parts of at least 100 more.

I watched interviews and conversations and political coverage.

I watched the entire Brett Kavanough hearing, all ten hours of it, and read everything I could find about it to get to the bottom of it.

That was probably my biggest eye-opening moment.

The Democrats were vicious, manipulative, and deceptive.

I'm happy to walk you through it in detail, but if you haven't watched the entire hearing and done your own research into this, you don't know what went down there. It's appalling. 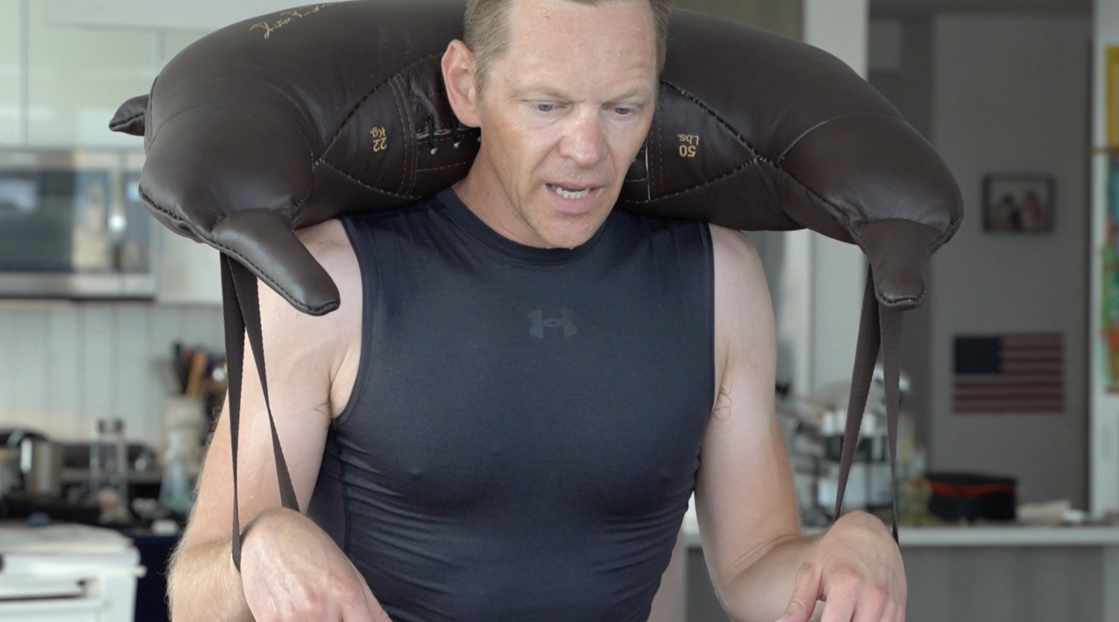 This journey coincided with me reconnecting with my inner boy and with my masculinity.

I started building up my body. Building muscle. Getting stronger and healthier.

I started eating better. Naturally. Because I felt better in my body, my palate and my cravings changed.

I learned how to set boundaries.

I learned to connect with and use my anger.

I healed my relationship with my dad.

I started showing up as a leader, in my business, in my relationships, and in my life.

I started getting serious about myself.

I stopped with the excuses and the bullshit.

I stopped lying to myself.

I stopped seeing myself as a victim. I stopped acting like one.

I got clear on what I wanted, and I got busy going after it.

So fuck yeah, I'm all about love and spirituality.

And one of the things I love more than just about anything is the truth.

A lot of "spiritual" people are just people who are addicted to the "hero" role in the drama triangle.

They're busy identifying helpless victims they can be seen as fighting for, doing something good for, in a very visible way, so they can forget their own pain for a moment, feel like they're good people (as opposed to these other very very bad people over there), and, more importantly, be seen as very good very virtuous people.

My spirituality tells me that no-one is a victim.

None of that makes you a helpless victim.

We're all powerful creators. We all have agency.

Shit happens to us all.

We get to choose how we respond to it.

And we all have that capacity.

In my world view, we all have the capacity to make choices.

We get to decide what we want, and we get to take action towards it, even if small.

We're not the same.

We're not here to do the same work or have the same experiences.

That would be boring as fuck.

We're here to be different. All the colors of the rainbow. All the ranges of the spectrum.

That's how it's supposed to be.

I feel love and compassion for everyone.

I love the world as it is.

I know and trust that everything is exactly as it should be right now.

I don't hate the people I disagree with.

I see a lot of people in pain.

I see a lot of suffering.

I see a lot of people believing a lot of things that aren't true and that make them angry and unhappy and frustrated and lonely and sad and hurting.

If I meet you in person, or we meet one-on-one over the internet, I will do exactly that.

In the meantime, and in public, I see it as my mission to challenge the falsehoods that I come across.

And to do so forcefully and clearly and honestly.

I may seem opinionated, but I'm not attached to any opinion.

Everything I say I believe because of personal experience and research.

If you show me better evidence or a better argument, I will change my mind.

I have no problem with that. On the contrary, I celebrate it and cherish it.

My commitment is to the truth and to integrity, and my deepest needs are growth and contribution.

If you want to be on this journey with me, then I welcome you.

I don't need you to agree with me. That's boring.

I just request that you have an open mind and an open herat.

And also, do check out Notable Nation.

Beautifully written and really similar to my own political transformation.

Read more
Read less
Like
Reply over 2 years ago